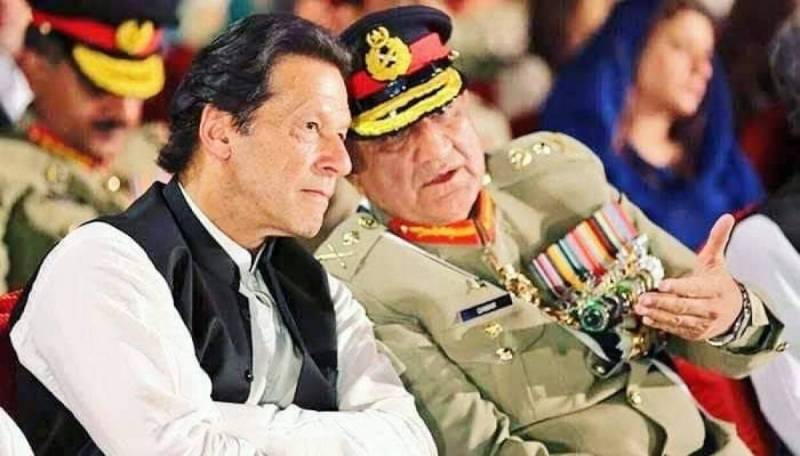 In an informal meeting with journalists in Lahore today, the former prime minister said that he had not met Gen Bajwa, clarifying that President Arif Alvi had met the army chief. They discussed immediate and transparent elections, he added.

President Alvi has emerged as the leading figure in the army’s ongoing “backchannel talks” with the PTI. He has already facilitated at least one direct meeting between Gen Bajwa and Imran at the presidency.

However, Imran Khan said that there were no talks under way with anyone at the moment.

“Nawaz Sharif wants to bring an army chief who would weaken the PTI,” he claimed, alleging that the government was trying to make the armed forces “like the Punjab police”.

The PTI chief also said that the appointment of the army chief should take place just like that of the chief justice. According to the Supreme Court (Number of Judges) Act, 1997, the CJP and all high court judges are appointed on the basis of seniority.

The PTI chairman said that the incumbent government’s planned amendments to the army act would be challenged in the Supreme Court.

He said that the PDM leaders were making these changes “for their own benefit”.

Earlier this week, a report revealed that the government was considering amending the Pakistan Army Act (PAA) 1952 in a way that would empower the appointing authority — i.e. the prime minister — to retain any candidate through a simple notification, rather than having to go through a complex, constitutional process.

After the Wazirabad assassination attempt on November 3, Imran Khan allowed PTI leaders Shah Mahmood Qureshi and Asad Umar to take charge of the march. He had also said that he would join marchers later this month.

Imran expressed concern over the delay in presenting the suspect in court. “I fear the evidence would have been wasted in these 14 days.