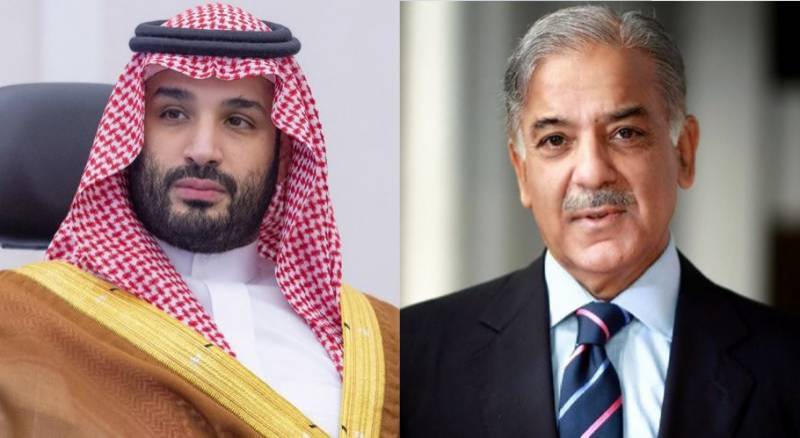 Malik said his ministry had done much of the work to implement the project.

Pakistan spent $23.3 billion on its energy imports in the last fiscal year and plans to bring down the cost drastically by setting up a high-standard oil refining in Gwadar with the kingdom’s financial assistance.

The two countries also reached an understanding in this regard during the official visit of Saudi Crown Prince Mohammed bin Salman in February 2019.

“Nearly most of what needed to be done has been done,” Malik said on the sidelines of a ceremony in Islamabad. “We are very close to reaching an agreement.”

“We have been talking and we have been trying to figure out what is the set of policy initiatives or policy incentives that would make the [Saudi] investment of $12 billion in Pakistan viable,” he continued.

The minister added the government was finalizing a policy framework that would also attract investment in this area from multiple countries.

Malik said his ministry had held discussions with representatives of different states in this connection to identify the nature of incentives required to ensure investment of $10-$12 billion in a greenfield refinery.

“We are very close to that agreement, and very soon – and when I say very soon, [I mean] weeks not months – we will be announcing the refinery policy,” he said. “We are very hopeful that after the announcement of the policy, multiple countries will find it worth their while not only to invest in the greenfield refineries but also in the upgradation of our existing refineries which are outdated and inefficient.”

“Pakistan State Oil (PSO) is taking lead in one of the initiatives while PARCO [Pak-Arab Refinery Company] is assisting,” he added. “And PARCO is taking lead in another initiative and all of us are assisting. So, if our incentive structure is good enough, we have these investments forthcoming.”

He noted setting up the refinery would also help save the country’s foreign exchange reserves since Pakistan was currently importing a huge chunk of refined petroleum products instead of crude oil.

“The refinery will also provide us additional benefit of nine to 10 billion dollars in the next 15 to 20 years in terms of importing crude oil rather than importing refined petroleum products,” he said.

Asked about the gas shortage issue in winter, the minister said the government was striving to strengthen the energy sector to provide people with affordable and sustainable energy.

“We have also imported over 20,000 tons of additional Liquefied Petroleum Gas [LPG]. The private sector is [also] importing what it does and hopefully more,” he said. “We would like to make sure that during the three hours in the morning, when people are making breakfast, three hours or two hours in the afternoon, and two to three hours at night, when people are making dinner, gas is available. That’s what we are trying to do.”

“Therefore, building pipelines, especially from Central Asia to Pakistan like TAPI [Turkmenistan-Afghanistan-Pakistan-India pipeline] is necessary,” he noted. “It is also important to work on indigenizing gas exploration in the country to build capacity and focus on renewable sources of energy.”