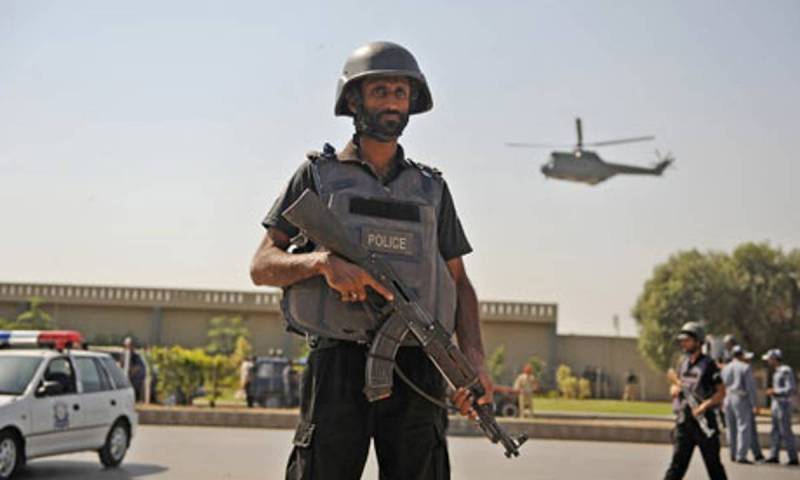 ISLAMABAD – The capital administration has imposed Section 144 in Islamabad to restrict gatherings among other public events, in wake of a suicide bomb attack.

In a notification, the district magistrate ICT banned all kinds of corner meetings, public gatherings and congregations in the Federal Capital, especially related to upcoming local government elections.

“In light of threat alerts issued by the law enforcement agencies and attacks on police, the security of Islamabad has been beefed up to obviate the threats within the jurisdiction of the capital which can disrupt peace and tranquility causing damage to public life and property. However, the likelihood of such activities cannot be ruled out in coming days,” it further reads.

Following the attack that killed two including a policeman in Islamabad’s I-10 Sector, security was put on high alert and forces started a crackdown against vehicles with applied-for and unauthorised registration plates.

Meanwhile, the government has also directed the authorities to take all safety measures to avoid any untoward incident as TTP announced a new wave of attacks after ending the ceasefire.