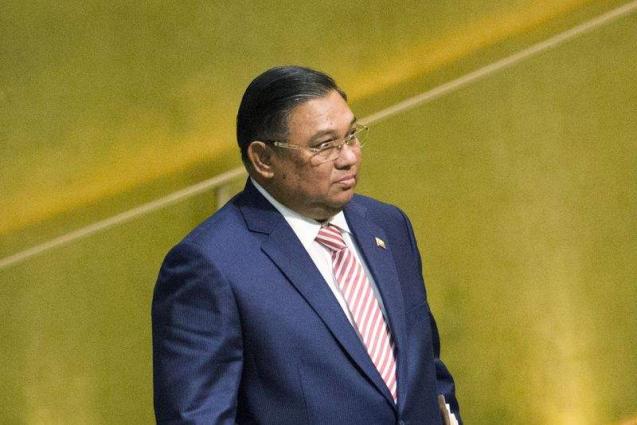 Three Southeast Asian foreign ministers and a regional envoy tasked with solving the Myanmar crisis met with the junta’s top diplomat at an “informal” meeting in Thailand on Thursday, the Thai government said.

The meeting came shortly after the United Nations Security Council adopted its first resolution on Myanmar, demanding “an immediate end to all forms of violence”.

The Association of Southeast Asian Nations (ASEAN) has led diplomatic efforts to resolve the turmoil that has gripped Myanmar since the military seized power last year.

There has, however, been little progress on a “five-point consensus” agreed with the junta in April 2021, which calls for an immediate end to violence and dialogue between the military and the anti-coup movement.

“This included the opportunity to hear from Myanmar and to exchange views on finding the exit strategy and pathways towards a return to normalcy in Myanmar,” she said.

The meeting touched on facilitating humanitarian assistance, Kanchana said, as well as “exploring other approaches that could support the implementation of the Five-Point Consensus”.

It was the first time in more than a year that its foreign minister met an ASEAN foreign minister grouping in person, after the bloc snubbed the junta from top-level summits over a lack of progress on ASEAN’s peace plan.

Kanchana emphasised that while the meeting was a “non-ASEAN” gathering, it was intended to “complement” the regional bloc’s work.

The 15-member UN Security Council has been split for decades on Myanmar, but on Wednesday it called for the release of former leader Aung San Suu Kyi and “all arbitrarily detained prisoners”.

Twelve members voted in favour, with permanent members China and Russia, as well as India, abstaining.