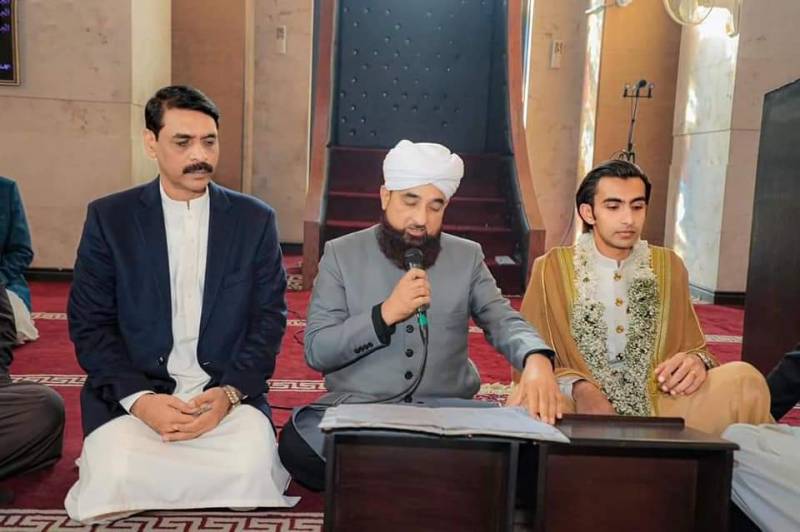 ISLAMABAD – Saad Ghafoor, the son of Quetta Corps Commander Lt-Gen Asif Ghafoor, has tied the knot. Pictures from the Nikah ceremony are doing rounds on the internet.

There are not many details available about the event, which was reportedly held at a mosque in Islamabad and was attended by close family members and friends of Asif Ghafoor, one of the noted generals of the Pakistan Army. Ghafoor rose to fame when he was working as spokesperson for the Pakistan Army.

A picture from the Nikkah event surfaced on the internet in which Gen Asif can be seen sitting next to noted religious scholar Saqib Raza Mustafai, who solemnised the Nikah.

His son can be seen in a simple traditional attire wearing a garland. The groom’s father too chose a simple dress for the big day of his son. Social media users are sending best wishes to the general and his son.

As the military’s spokesman, Ghafoor was very vocal in his press conferences — especially during Pakistan-India standoff last year — and also on Twitter, his personal as well.