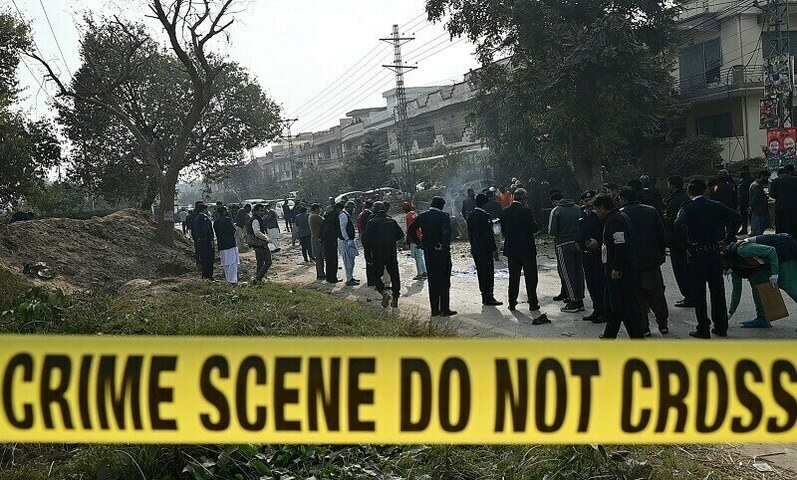 ISLAMABAD: A day after a suicide bombing left a policeman martyred and several injured, the Chief Commissioner’s Office constituted a Joint Investigation Team (JIT) to probe the incident in response to the request made by the capital police.

On the other hand, conflicting statements have emerged regarding the number of individuals involved in the deadly attack in Islamabad’s I-10 sector.

According to a notification, the JIT is constituted under Section 19-A of the Anti-Terrorism Act 1997 to investigate the case registered on Dec 23 on charges of 7ATA, along with PPC Section 302, 324, 427 and 4/5 Explosive Act at the Counter-Terrorism Department (CTD) police station, Islamabad.

The JIT headed by CTD SSP included representatives from ISI, IB and any other nominated by police chief as members, and the station house officer of CTD as investigating officer. The JIT will complete the investigation within the stipulated time period laid down in the ATA 1997.

Meanwhile, one of the injured policemen on Saturday said that three people were present inside the vehicle used in the suicide blast.

His view was in contrast to claims made by police about the involvement of two persons – the suicide bomber and the driver – in the attack.

A policeman was martyred, while a driver and suicide bomber were also killed in the blast, police officials said, adding that body parts of the policeman and the driver along with the remains of the bomber were sent to the hospital.

According to police, the driver’s torso, head and face were recovered whereas the bomber perished as a result of the blast.

However, they added that some fingers, fragments of bones and entrails collected from the site probably belonged to the bomber.

Sources in the Pakistan Institute of Medical Sciences (Pims) told Dawn that the body parts of only two persons – the policeman and the ‘suicide bomber’ – were received. The identification of the man can be established through the face which was recognisable, they claimed.

Meanwhile, at least four policemen injured in the blast were discharged from the hospital, the capital police said, adding that statements of ASI Raza Hassan, HC Yousaf, constable Hanif and Constable Bilal were also recorded.

The police driver injured in the blast stated that a car entered I-10/4 from I.J. Principal Road in which two persons along with a driver were on board.

After flagging the vehicle, HC Syed Adeel Hussain asked for CNIC and documents from the driver. Mr Hussain asked his colleagues Yousaf and Bilal to inspect a long-haired man sitting in the backseat, the police driver was quoted by the officials as saying.

As the policemen approached the backseat, the man blew himself up, he added.

The blast on Friday took the tally of total bombings in the federal capital since Sept 2000 to 28. This was, however, the first attack since June 2014. Some of the major blasts are listed below.

The first bomb blast in the capital occurred on September 20, 2000, at Sabzi Mandi when a time bomb killed 16 people and injured 60.

Another suicide blast took place at International Church in Embassy Area on March 17, 2002, in which five were killed and 65 injured. An explosion at Bari Imam on May 27, 2005, left 19 dead whereas the Marriott blast on January 26, 2007, killed two and injured three.

One of the deadliest bombings in Islamabad was the attack on Marriott Hotel on September 20, 2008, in which 63 people were killed and 262 were injured. A suicide blast at Police Lines on October 9, 2008, killed one whereas a suicide bombing at Special Branch on March 23, 2009, killed two.

On April 4, 2009, a suicide attack targeting FC barracks in E-7 killed six. A suicide blast at the Islamic International University Islamabad on October 20, 2009, killed eight whereas a suicide blast at Naval Complex in Sector E-8 on December 2, 2009, claimed two lives.