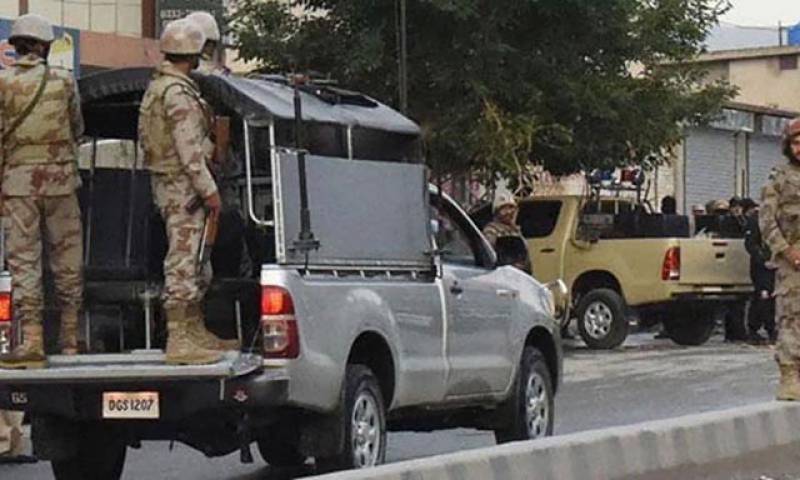 QUETTA – Four Pakistani soldiers were martyred after a group of armed men attacked a convoy in Turbat area of Balochista’s Kech district on Saturday.

Pakistan has witnessed a surge in militant attacks in recent weeks after outlawed Tehreek-e-Taliban Pakistan (TTP) withdrew from a ceasefire agreement with the government in late November.

Police said the security convoy was heading back to the Frontier Corps headquarters when it was targeted by the armed group. The incident claimed lives of four FC personnel.

The attack occurred a day after the TTP claimed responsibility for a suicide blast in Pakistan’s federal capital which left a policeman and a civilian dead.

So far, no group has claimed responsibility for the Turbat attack.

However, the TTP claimed in a statement on Friday that an armed outfit in Balochistan had joined hands with the militant group.