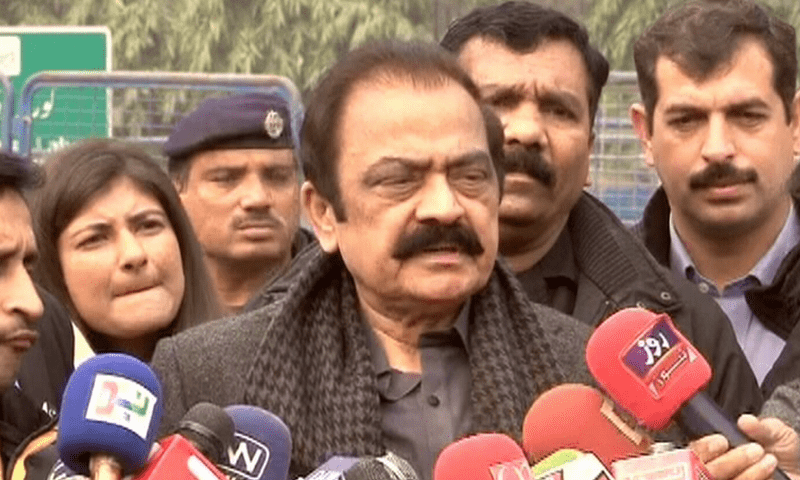 Interior Minister Rana Sanaullah on Thursday said Chaudhry Parvez Elahi had “constitutionally” ceased to be the Punjab chief minister after skipping the vote of confidence.

In a tit-for-tat move on December 21, Governor Rehman termed the speaker’s ruling “unconstitutional” and the coalition government hinted at the imposition of governor’s rule in Punjab.

Speaking to the media in Lahore today, the security czar made it clear that Elahi cannot advise dissolving the assembly now, terming it “illegal and unconstitutional” and against the rules of the assembly.

Sanaullah was referring to the PTI’s plans to dissolve the provincial assemblies of Khyber Pakhtunkhwa and Punjab, where it is in power tomorrow.

“The governor’s order denotifying Elahi as the chief minister is now just a formality,” he said. “I think it will be issued today.”

The PML-N leader added that a notification will be issued as soon as the governor issues an order and it will be implemented immediately.

“If this constitutional decision is resisted and its implementation is stopped, the governor can write to the federal government,” Sanaullah said. “After the cabinet’s approval, the federal government can send his advice to the president to approve the imposition of governor’s rule in the province.”

The interior minister asserted that the president is bound to follow the advice of the prime minister.

Dispelling the impression of a political quagmire, Sanaullah said: “[When] a person (Elahi) himself had said a majority of his party members were not in favour of dissolving the assembly and still signed the [dissolution advice] papers anyway, it becomes the governor’s duty to take action.”

Responding to a question about who would be the new Punjab CM, the interior minister said the PML-N has not yet made a decision about it. “But Hamza is our parliamentary leader and has managed the party well. I think he’ll be our candidate.”

Sanaullah said the first business of the next parliamentary meeting will be to elect a new chief minister.

He added that preparations had also begun to welcome Nawaz Sharif. When asked about the timing of Nawaz’s arrival, Sanaullah said he could come back whenever he wanted. “He is our leader, he will give the return date.”

Commenting on recent audio leaks of PTI chief Imran Khan, the minister said: “In closed gatherings, PTI members also admit that the audios are real and they joke about it.”

Earlier, PTI announced to challenge any “unconstitutional” move of de-notifying incumbent CM Elahi, and asked its leadership, parliamentarians and party workers to reach the Punjab Governor House at 5pm on Thursday (today) to “block” the governor from taking any such action.

PTI Chairman Imran Khan will address the protesters through a video link and announce the party’s next line of action in the face of the provincial opposition’s moves to save the Punjab Assembly.