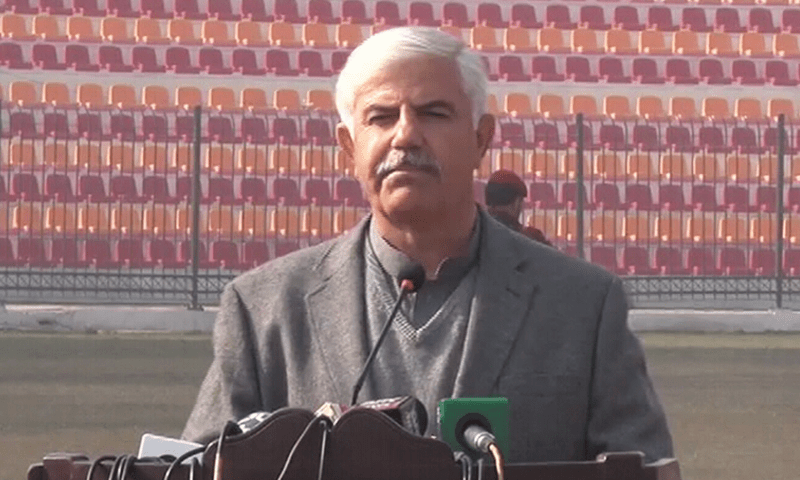 Khyber Pakhtunkhwa Chief Minister Mahmood Khan said on Thursday that the PTI has decided to postpone the dissolution of the provincial assembly until the fate of the Punjab Assembly is decided.

The PTI chief had on Dec 17 announced that the provincial assemblies of Punjab and Khyber Pakhtunkhwa, where his party is in power, would be disbanded on Dec 23 — tomorrow — to pave way for fresh elections.

In a media talk outside the Hayatabad Sports Complex in Peshawar today, Mahmood said: “Imran Khan will first decide the future of the Punjab Assembly.”

“Right now, consultation on the matter of the Punjab Assembly is under way. The decision regarding the Khyber Pakhtunkhwa Assembly will be taken after these discussions.”

The chief minister added that he was in contact with his party’s senior leadership. “Up until now, Imran has not given me any directions on the dissolution. I will contact Imran today but first a decision regarding the Punjab Assembly will be taken.”

Earlier in the day, Special Assistant to KP Chief Minister (SACM) Barrister Muhammad Ali Saif tweeted that the dissolution of the Khyber Pakhtunkhwa Assembly will be as per Imran Khan’s orders.

It is pertinent to mention here that Imran is expected to announce a “new plan of action” in a PTI protest outside the Punjab Governor House at 5pm today.