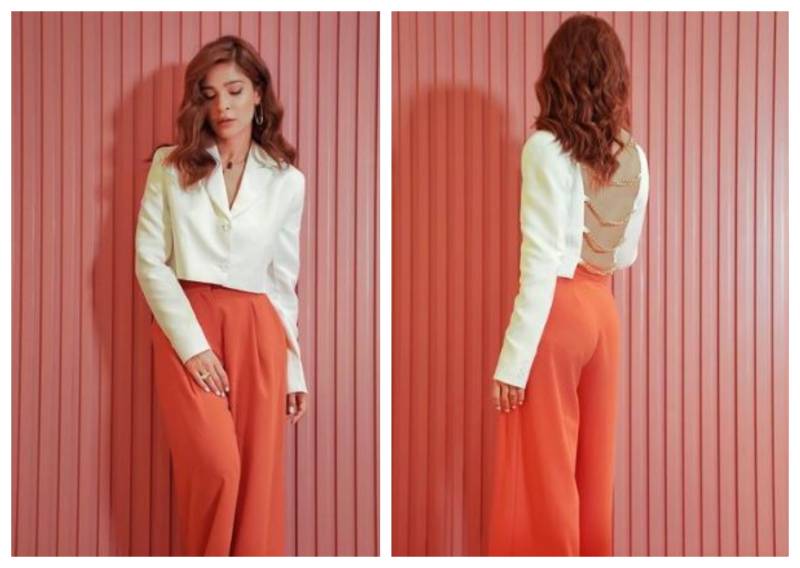 KARACHI – Pakistani actor Ayesha Omar is one of the few celebrities from South Asian country who never shies away from keeping things transparent, especially her bold persona.

The 41-year-old is an avid social media user who treats her fans with sizzling photos and also keeps them updated about her routine activities.

The Bulbullay star has once again raced the pulses of her fans by providing a sneak peek into a latest photoshoot. She looks stunned as she opted for white and orange combination for the shoot, he performed for an interview.

She responded multiple questions ranging from her childhood, college life to professional work and marriage plans.

The Sila actress said she was born in Karachi but her mother had to move to Lahore after the demise of her father. Her mother wanted to give a stress-free childhood to her children.

Omar’s childhood was challenging but she went through it in a brave way on the basis of her skills. She revealed they were unable to afford education at a grammar school but a principal offered her scholarship on “compassionate grounds because I topped my entrance exam”. She also managed to get scholarship for her graduation studies.

Ayesha Omar recalled that she had to wear hand-me-down clothes of her cousins because they “were living hand to mouth at that time”.

Talking about her marriage plans, she said now she wanted to get married and have two kids. Ayeshad said she would adopt the kids for her motherhood life.