The president referred to the serious allegations levelled by the parliamentarian, which included a “fake, bogus, frivolous FIR was registered against him for the incident that occurred at Masjid-e-Nabvi, Madina Sharif, on May 1 2022, despite the fact that he was in Pakistan”.

The letter said that multiple FIRs have been registered against the PTI leader on the same charges all over Pakistan, observing that the aforementioned actions were against the fundamental rights enshrined under Articles 9, 13 and 14 of the Constitution. 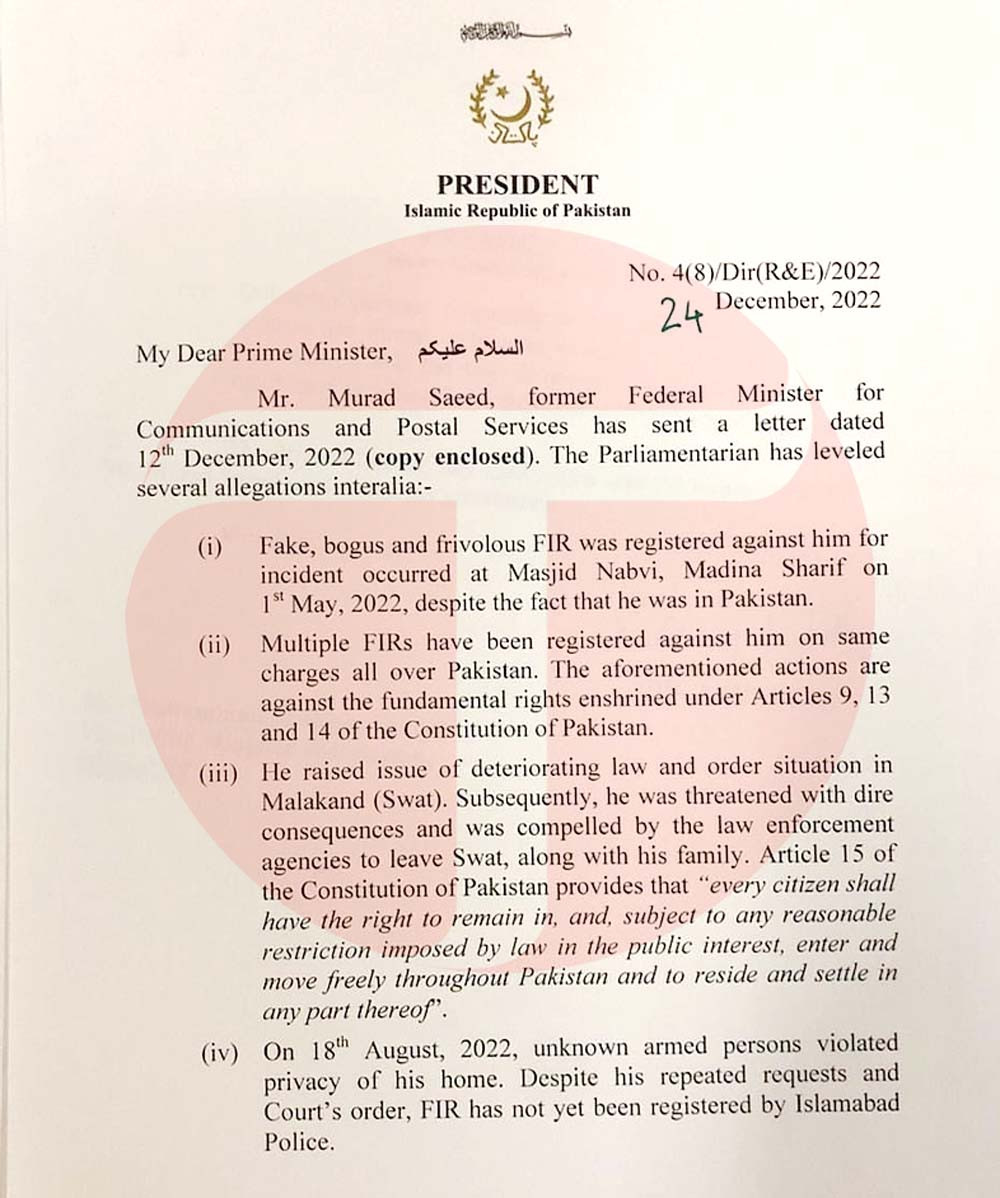 President Alvi was quoted as saying that Murad Saeed raised the issue of the deteriorating law and order situation in Malakand (Swat). “Subsequently, he was threatened with dire consequences and was compelled by the law enforcement agencies to leave Swat, along with his family.”

The president pointed out that Article 15 of the Constitution provided that “every citizen shall have the right to remain in, and, subject to any reasonable restriction imposed by law in the public interest, enter and move freely throughout Pakistan and to reside and settle in any part thereof”.

The letter went on to point out that Murad Saeed raised the issue that on August 18 2022, unknown armed persons, violated the privacy of his home, however, despite his repeated requests and the court’s order, FIR has not yet been registered by Islamabad Police. 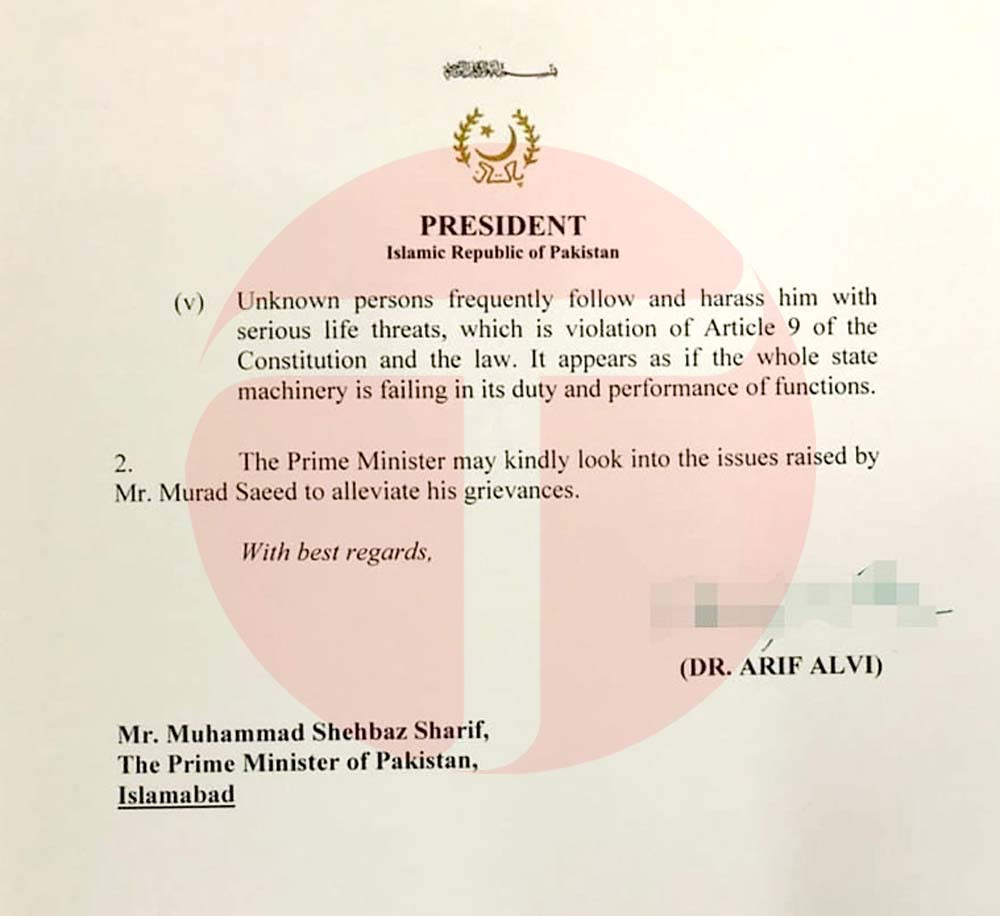 Moreover, unknown persons frequently follow and harass him with serious life threats. “It appears as if the whole state machinery is failing in its duty and performance of functions.”

Such alleged acts are in violation of Article 9 of the Constitution and the law, the letter concluded.

In April this year, a group of protesters, allegedly belonging to the PTI, violated the sanctity of the Masjid-e-Nabawi after they loudly chanted slogans against Prime Minister Shehbaz Sharif and members of his delegation, as they entered the mosque to pay their respects at the Roza-e-Rasool (PBUH).

Upon the arrival of PM Shehbaz and his delegation to the mosque, the protesters started chanting slogans of “chor, chor (thieves)” when they saw the premiere and harassed and raised objectionable slogans against Marriyum Aurangzeb.

Following the incident, political and religious leaders and people belonging to different sections of the society expressed their outrage at the incident and strictly condemned the chanting of political slogans at Masjid-e-Nabawi (PBUH).

Several FIRs were registered against PTI leaders, including the party chief Imran Khan.

Subsequently, a court in Madinah sentenced three Pakistanis to eight years in prison. Meanwhile, another three Pakistani citizens were sentenced to six years in jail for creating chaos and violating the sanctity of the holy mosque.